Home > Crypto > Bitcoin and Gold: What is Best to Avoid Losing Against The Crisis and Inflation
Crypto 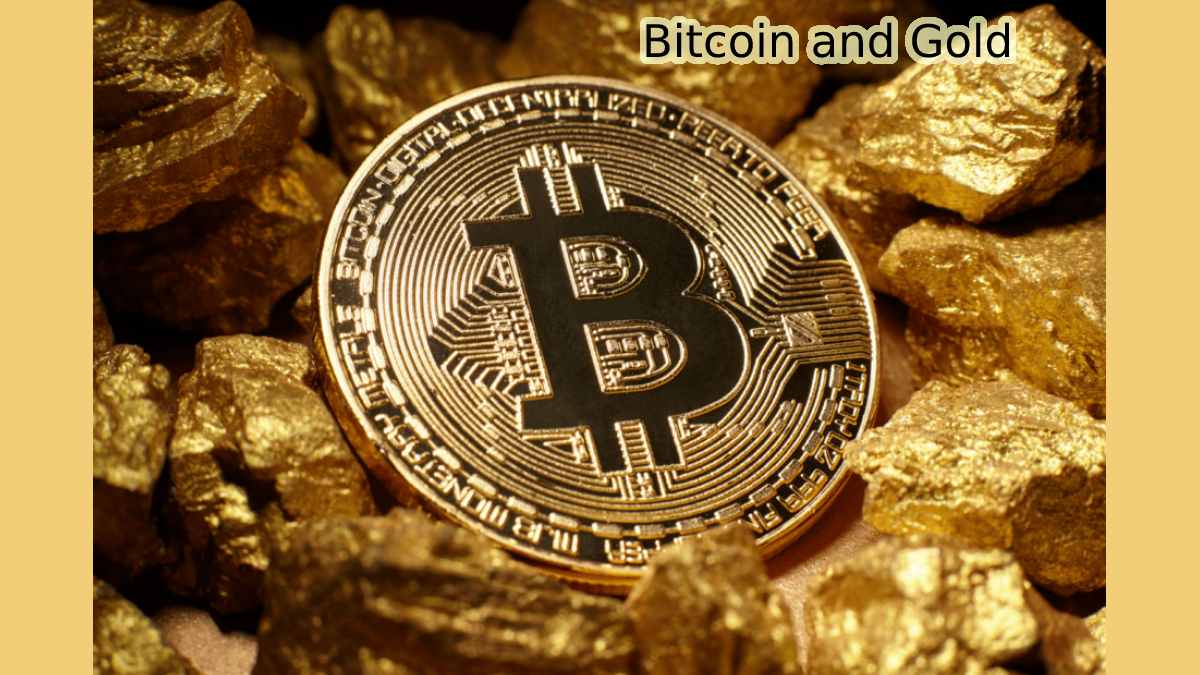 Bitcoin and Gold – Bitcoin is recognized today as “digital gold.” Cryptocurrency is currently the principal investment of millions of savers who prefer to have their capital in the blockchain before opting for other assets.

But many others -especially the most conservative ones- wonder if there is a basis to compare this crypto asset with a traditional commodity such as gold.

With this in mind, the pros and cons of changing the focus of ” emergency investments”. Whose role is to maintain their value despite various crises, are compared below.

If we talk about the advantages of Bitcoin against gold, the main one is undoubtedly the portability of this asset. The buying and selling of Bitcoin tokens can done virtually at any time while also serving as a method of exchange.

In contrast, the transport, purchase, sale, and storage of gold usually requires extensive infrastructure, while transactions in this type of asset are practically non-existent today.

THE STABILITY OF GOLD

For its part, gold has in its favor a level of stability in terms of price thats not found in Bitcoin. In a short time, gold tends to maintain its value. (and even increase it above inflation), while movements in Bitcoin make it more unpredictable.

For its part, Bitcoin varied significantly during the current crisis in Ukraine, with its price 25% below the price it had at the beginning of the war.

BITCOIN VS GOLD: WHAT IS CONVENIENT

With this in mind, we can conclude that Bitcoin is a better investment for those looking for an asset with faster buying and selling speeds but more volatility.
In the short term (especially in times of crisis), the cryptocurrency proved weaker than gold. In contrast, it vastly outperformed the commodity. (since 2013, the value of a Bitcoin has increased by approximately 4800%, while gold has practically the same value).

Another Wall Street Guru Predicts a Bitcoin Crash: Why It Might Hit $10,000

Bitcoin (BTC) showed signs of recovery on the last trading day, which returned to a position above $ 30,000. However, not everyone optimistic about this slight rebound. Some gurus predict a bleak future for the cryptocurrency with the largest market capitalization.

THE ECONOMIST WHO PREDICTED THE 2008 CRASH BEFORE ANYONE NOW SEES BITCOIN AT UNDER $10,000

Another who warned of a resounding fall days ago was Peter Schiff, president and owner of Euro Pacific Capital (a stockbroker in Westport, Connecticut). He has always been one of the prominent critics of the cryptocurrency market and that Mobius.

” All signs point to investors waiting to buy Bitcoin when it drops below $30,000,”. Schiff tweeted (before the latest drop reported earlier today). “I think the bulls are waiting to invest with everything in the next round when the price falls below $29,000. ” he adds, ” The next stop is below $10,000 .”

Review Bitcoin and Gold: What is Best to Avoid Losing Against The Crisis and Inflation. Cancel reply

The Wiki Guide, 2 weeks ago
Crypto