Home > Finance > Fixed and variable costs. How do we differentiate them in a company?
Finance

Fixed and variable costs. How do we differentiate them in a company? 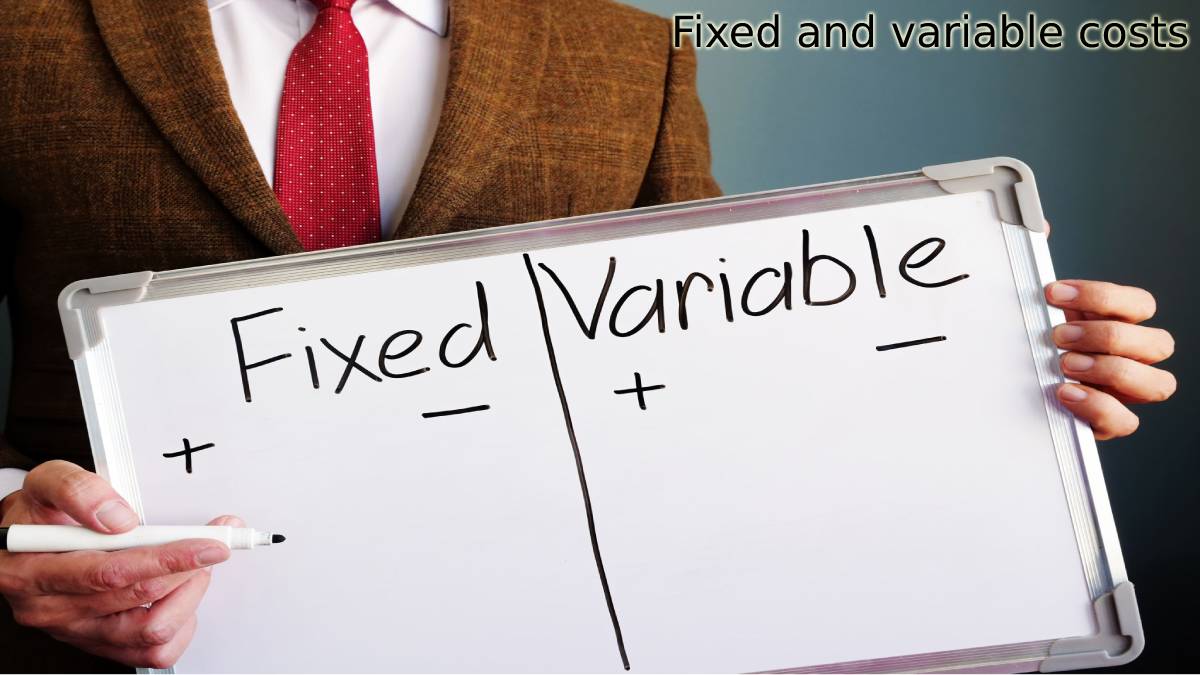 Economic language is often used loosely. Every day, we talk about economic variables: the terms ’employment’ and ‘unemployment’, ‘income’ and ‘wealth’ are used indistinctly… without considering the errors that this may entail. The same thing happens within the company, and, believe it or not, a CEO or middle manager of a company cannot have fundamental conceptual doubts that can lead to severe problems. Today we are talking about the differences between fixed and variable costs, a whole topic in business management, which is part of the academic program, where its study and analysis are deepened.

To answer the question that titles this article, we must first understand what a cost is,  which is not the same as an expense. Then, we will take a closer look at the types of expenses that a company may incur.

How do we differentiate between cost, expense and payment?

It is very likely that, in the same way, that occurs with the examples mentioned at the beginning, we have often heard the concepts ‘cost and expense’ used in an undifferentiated way. Although a priori, it does not seem like a grave error, it can cause serious imbalances in our accounts in the long run.

Like other disciplines or sciences, economy and business require language that must use rigorously. It is true that colloquially we usually use expressions such as ‘how much does it cost?’, but when speaking in accounting terms, we have to be more careful.

So,  what differences can we find between a cost, an expense and a payment? First, let’s look at the definitions of each of these concepts.

In this case, the RAE will not help us too much. We need to go to encyclopedias and economical sources to find definitions that allow us to understand each idea properly.

Differences between fixed and variable costs

Once the concept of cost is understood generally, we have to differentiate between fixed costs and variable costs. To do this, we will see a bit of general theory that will help us clarify and get into a situation with concepts that perhaps we have never studied or, even if we have, we have already forgotten.

Fixed costs  (FC) are those that a company always has to assume, whether it produces a lot or a little. They are necessary to carry out the main activity, they cannot be considered expenses. As an example, we have the rental of premises or machinery. As machinery, we can designate computers. We do not need to think of a large industrial plant with large factories.

On the other hand,  variable costs  (CV) depend on the quantity produced. An example is a raw material. If our product is t-shirts, the more we make, the more fabric we need. If we reduce production, we will require less fabric, and our variable costs will decrease.

Also Read: what are the uses of amazon glacier

The average and marginal costs

Differentiating between fixed and variable costs is essential, but there are other types or categories of expenses that you also need to know.

The average costs  (ACe) would be fixed and variable costs divided by the quantity produced.

These costs allow us to attribute a cost to each unit of the product we sell. In this way, they serve as an orientation to set the price. We have already mentioned that the costs are part of the product’s value and, logically, they have to be lower than the prices.

The marginal cost (MC), although it may seem like a complex concept, is valuable and necessary to understand the optimal point of units that a company should produce.

What is marginal cost?

Mainly, we have to stop producing more or fewer goods to indicate the point. Let’s see an example.

Imagine that we are at a point where producing one more unit requires hiring another worker. Very likely, this will not be profitable for us as a company. Marginal cost is the measure that tells us this.

What are economies of scale?

To finish, we will introduce this concept that appears regularly when we talk about costs. Economies of scale have to do with how companies, when they increase their production, decrease their average costs. To understand it better, we will use a simple example.

Suppose, to make it easier to explain, and there are no variable costs; that is, our fixed costs are the total costs. Let’s imagine that I have a 3D printer, which costs us 1,000 euros per month. Monthly, we have calculated that, by producing ten figures, we will be able to sell them all. Thus, my average cost is 100 euros per figure.

Review Fixed and variable costs. How do we differentiate them in a company?. Cancel reply

A Simple Eye Makeup: The Lower Eyeliner, A Rising Trend In Autumn

The Wiki Guide, 8 months ago
Finance

The Wiki Guide, 8 months ago
Finance

Why is it important to effectively succeed in a company’s finances?

Where To Finance A Car With Bad Credit