Home > Beauty > Cosmetics For Pregnant Women, How To Adapt Our Beauty Routine
Beauty

Cosmetics For Pregnant Women, How To Adapt Our Beauty Routine 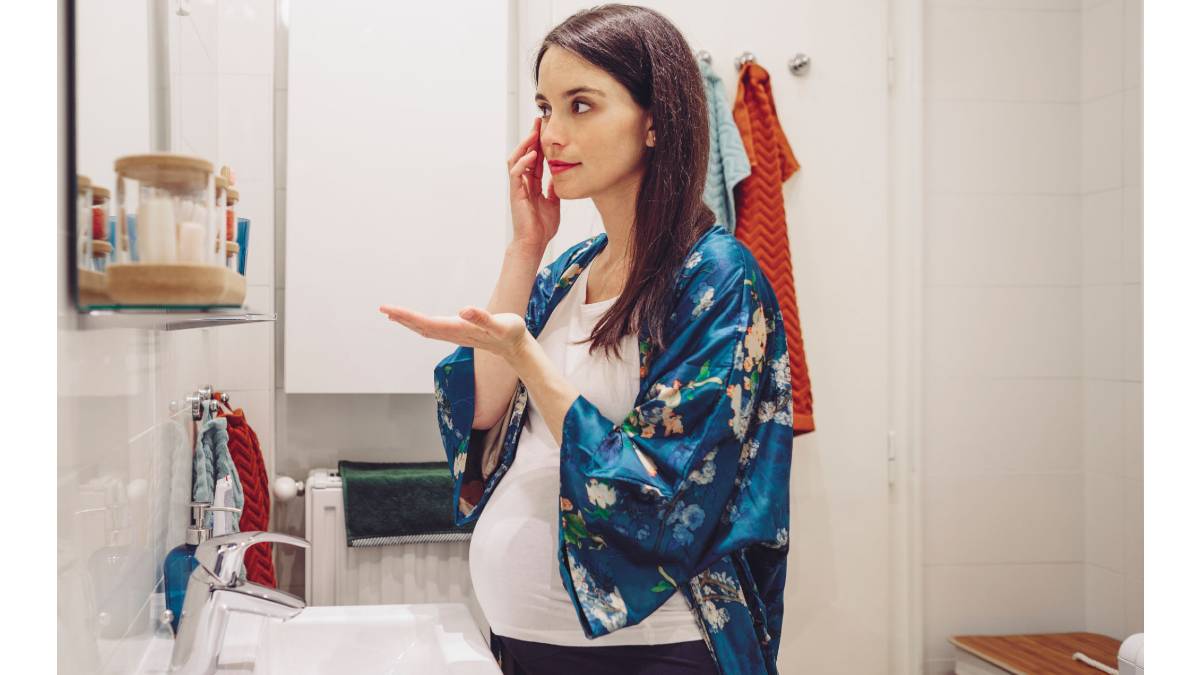 When I found out that I was pregnant, after the grand illusion of the news, I began to worry about what cosmetic products I could or could not use. Doing some research, it immediately became clear that I needed to adapt my beauty routine to my new situation.

It is also true that it is a time when we can do without intensive treatments since the skin during pregnancy usually improves its appearance a lot. In the first three months, if we have suffered from acne as a young person, we will most likely have an outbreak, but it is usually temporary, and there is no need to worry. It is also something that we cannot treat cosmetically during pregnancy.

The cosmetic ingredients you should avoid during pregnancy.

It an active ingredient widely used in anti-ageing creams. It has anti-wrinkle and exfoliating action, ideal for treating the signs of skin ageing, blemishes and acne-prone skin, but it is prohibited during pregnancy.

Retinol is a prevalent active ingredient in anti-ageing creams, so pay attention to the composition of cosmetics and avoid this ingredient during pregnancy.

They acids from fruits and other vegetables, so they also known as fruit acids.  Among them, glycolic acid and lactic acid are the most popular. Still, in general, all these organic acids widely used in cosmetics for their moisturizing and exfoliating power that removes dead cells and promotes collagen production. Still, during pregnancy, it is better to avoid them.

Salicylic acid is one of the best allies to combat enlarged pore problems and acne. Like Alpha-hydroxy acids, beta-hydroxy acids with a similar function not recommended during pregnancy.

It is widespread in anti-cellulite creams and around the eyes due to its thrilling action, but very dangerous during pregnancy. In fact, during pregnancy, we also have to limit the amount of caffeine we drink.

As for essential oils, there are several that we have to avoid during pregnancy: anise, camphor, cinnamon leaves, cedar, cistus, coriander, carnation cloves, juniper berries, marjoram, mint, myrrh, nutmeg, oregano, patchouli, rosemary, sage, sage, red thyme, sweet-smelling verbena, ginger, sage, among others.
To make it easier, it best to limit yourself to the recommended ones and thus avoid getting lost.

This has been one of the most complicated prohibitions since I discovered that I had gotten pregnant in the summer. Most sunscreens use a chemical filter; when its physical, it is indicated on the bottle, and when you apply the cream, you will have that typical whitish patina of children’s cream. You will find the solution; I used Avene SPF 50+ sun milk with a physical screen for intolerant skin.

Cosmetics for pregnant women: Other cosmetic ingredients to avoid during pregnancy and not only…

They are ingredients that we can find in nail polishes; it is imperative to look for nail lacquers with a 7Free formula. Many firms have gotten involved with this in the market, so it will not be challenging to continue painting our nails while pregnant. OPI enamels have a 5 Free formulation and Beter 7 Free.

We have a clear idea of ​​all the ingredients used in cosmetics that prohibit during pregnancy, they seem like a lot, but there still many more that we can continue to use.

Hyaluronic acid (in serum and creams)

We can continue to use serum and creams with hyaluronic acid during pregnancy. It is the quintessential moisturizing activity perfect for skin imbalances, dehydration, and sensitivity. There is no doubt that it is the best option in cosmetics for pregnant women.

These oils will be our best allies during pregnancy. The almond and rosehip one in particular since we can use them for our daily fight against stretch marks. An essential in cosmetics for pregnant women.

Creams or serums with collagen (marine or animal) are ideal for fighting the signs of ageing and have no contraindications during pregnancy.

Review Cosmetics For Pregnant Women, How To Adapt Our Beauty Routine. Cancel reply

5 Masks To Have Smooth And Young Skin

Before Applying Makeup, Use These Products

The Sun Powders that Leave an Instant Summer Colour

A Simple Eye Makeup: The Lower Eyeliner, A Rising Trend In Autumn

Solid shampoo: why you should start using it (and how to apply it well)

All You Need To Know Before Buying Your Next Beard Oil

The Wiki Guide, 4 months ago
Beauty

Before Applying Makeup, Use These Products

The Wiki Guide, 3 months ago